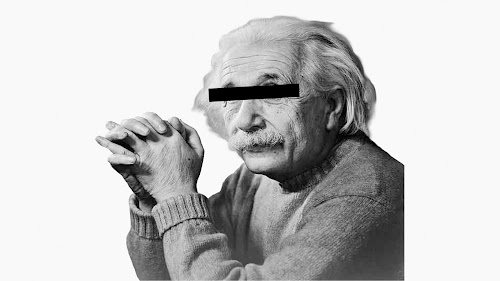 When your scientific theory runs into trouble, either it's unable to explain certain things that were observed, or it just gave false predictions with regards to what you were supposed to observe, you generally have two options. You can 1) modify/expand your theory - so that it accomodates to the newly gathered data; or you 2) reject it and adopt a new one.

Introduction: The Discovery of Neptune

It's never completely obvious which option one ought to choose. For example, in 1821 French astronomer Alexis Bouvard published tables of the orbit of Uranus, making predictions of future positions of the planet based on Newton's laws of motion and gravitation (Bouvard 1821). However, subsequent observations revealed his predictions to be wrong - his tables were substantially off from what was actually observed.
Bouvard's calculations were valid. Which means that his failiure to correctly predict Uranus' movement revealed a much deeper problem - a problem in the theory on which he drew. Realizing this, he had two options: either, 1) reject Newton's laws of motion and move on to a new theory, or; 2) modify or expand the theory.
Bouvard went for the latter option and modified the presuppositions going into his calculations; maybe, he reasoned, there's some petrubing body near Uranus' orbit, which has a significant effect on it's path. After Urbain Le Verrier gave a mathematical prediction of where this body should be located, a telescopic observation in 1846 confirmed Bouvard's hypothesis - there was a major planet there, and that event was the discovery of Neptune (Kollerstrom 2001). It was a sensational moment of 19th-century science, and a dramatic confirmation of Newtonian gravitational theory. In François Arago's apt phrase, Le Verrier had discovered a planet "with the point of his pen".

What's the lesson of this story? When your scientific theories fail, there's a lot of different reactions the scientific community can have to that. It's never as straight-forward as a theory simply being confirmed or falsified. Certain decisions have to be made, preferably ones based on rational reasoning. But that's not always the case, and as we'll see, sometimes scientists make decisions based on political and, in general, ideological reasons.

In 1801, German physicist Johann Georg von Soldner pointed out that Newtonian gravity predicts that starlight will be deflected when it passes near a massive object. It wasn't until 1915 that the theoretical physicist Albert Einstein published his main work on general relativity, in which he concluded that the predicted effect in the Newtonian model must be wrong. After proposing a way of detecting the deflection of light from a star as it passed the sun through the observation of a total solar eclipse, two astronomers went on two separate expeditions to the West African Island Príncipe and the Brazillian town Sobral - to observe the solar eclipse of 29th May 1919.

The results of the observations were seen as astonishing by many, which led to a good portion of the scientific community, together with Einstein, going on to consider the theories of relativity as a superior alternative to Newtonian physics. And they had every rational reasons to do so.

The theory of general relativity had more predictive success than Newtonian gravity. Newtonian theory of gravity, though remarkably accurate most of the times, had its limitations. When gravity was extremely strong or when the motions involved were extremely fast, the calculations based on Newton's theory became imprecise. For example, the theoretical calculation of the orbit of Mercury — the planet closest to the Sun — turned out to have a small disagreement with the actual observations of Mercury’s motion. Einstein’s theory not only predicted the orbit of Mercury accurately, but also predicted a number of interesting phenomena not anticipated earlier, such as what the observation of the solar eclipse in 1919 has confirmed.

Einstein also poked a hole into the logics of Newtonian physics. Altho intuitive at first, Newtonian gravity did lead to some counter-intuitive consequences: for example, if gravity is a constant instantaneous force, the information about a sudden change of mass would have to be somehow communicated across the entire universe at once.

This made little sense to Einstein. He proposes the missing agent of communication, which is his very useful notion of space warp. Much like a stone thrown into a pond, a change in mass will cause a ripple in space that travels out from its source in all directions at light speed. We call such a disturbance a gravitational wave. Altho this explanation didn't gain direct empirical support until 1974, when Russell Alan Hulse and Joseph Hooton Taylor Jr. discovered some extremely regular and stable rotation impulses of a neutron star, it still reigned explanatory superiority to Newton's "action at a distance".

There's also a supposed superiority of the elegance of the mathematical structure of general relativity in contrast to Newtonian mechanics, which however, I can't explain, because I myself don't understand the details. The gist is that it was way simpler to calculate stuff using Einstein's equation. There's many reasons to value simplicity in a theory, and they are usually presented under the name Occam's razor.

There's been a vivid debate about this philosophical principle thorough history, but here we'll content ourselves with the fact that simpler theories rest on fewer assumptions, with logically makes them more likely, and also the general observation, that simplified theoretical models are simply better at predicting future events.

In a nutshell, there were a lot of rational reasons, or theoretical reasons to prefer Einstein's new theory of physics. However, as we noted in the introduction of the post, there are always two possible answers to a theory failing at explaining phenomena. You can, just like Einstein and the new generation of physicists, reject the theory that failed to do so and move on to a new, arguably better theory. Or, you can stick to the current theory and try to modify and expand it. Which is an option that many German physicists chose.

Sadly, however, this was mainly for political reasons.

During the early years of the twentieth century, Albert Einstein's Theory of Relativity caused bitter controversy within the worldwide physics community. There were many physicists, especially the "old guard", who were suspicious of the intuitive meanings of Einstein's theories. While the response to Einstein was based in part on his concepts being a radical break from earlier theories, there was also an anti-Jewish element to some of the criticism.

In 1929 the Hungarian-born German physicist Philipp Lenard published his work Große Naturforscher, in which he argues that Germany should rely on what he called 'Deutsche Physik' and ignore what he considered the fallacious and deliberately misleading ideas of 'Jewish physics', by which he meant chiefly the theories of Albert Einstein, including the 'the Jewish fraud' of relativity.

The publication of this work marks the begining of Aryan Physics, or Deutsche Physik, the nationalist movement which won the support of many eminent physicists in Germany and the Nazi party. The plan was to replace physicists at German universities with 'Aryan Physicists', although by 1935 the plan was superseded by the Nuremberg Laws, after which there were no longer any Jewish physics professors in Germany.

This movement began as an extension of a German nationalistic movement in the physics community which went back as far as World War I, when a number of German physicists suggested to avoid an unecessary use of English language in scientific texts (concertning, e.g., the renaming of German-discovered phenomena with percieved English-derived names, such as 'X-ray' instead of 'Röntgen ray'.)

It is occasionally put forth that there is a great irony in the Nazis' labeling modern physics as "Jewish science", since it was exactly modern physics — and the work of many European exiles — which was used to create the atomic bomb. Several physicists who worked on nuclear wepons and nuclear energy use in German's project to develop nuclear fission, employed 'Jewish physics' in their work, including the quantuum physicist Werner Heisenberg, who was frequently harassed by the Aryan Physicists, who labeled him as a 'White jew'. In a historical moment, Heisenberg's mother rang the mother of Heinrich Himmler and asked her if she would please tell the SS to give "Werner" a break.

Realizing the value of Heisenberg's work, the government gave less and less influence to the Aryan physicists. In 1938, for example, Himmler wrote to Heisenberg that he could discuss modern physics but not mention Jewish scientists such as Bohr and Einstein in connection with it.

So, what did the Aryan physicists say about the theory of relativity and what mechanistic concepts did they come up to counter it and the ever-increasing influence of quantuum physics? Well, Aryan physicists were quite incapable of mounting a credible assault on Einstein’s relativity in scientific terms, so Deutsche Physik offered a new line of attack: relativity threatened to undermine the very essence of the Germanic world view.

As Johannes Stark wrote, the fundamental problem with 'Jewish science' lay with a foreign and degenerate approach to science itself. The popular notion that science has a universal nature and spirit, he said, is quite wrong. In an article titled “National Socialism and Science”, Stark wrote in 1934 that science, like any other creative activity, “is conditioned by the spiritual and characterological endowments of its practitioners”.

Jews did science differently from 'true' Germans. Echoing Lenard’s fantasy, Stark claimed that while Aryans preferred to pursue an experimental physics rooted in tangible reality, the Jews wove webs of abstruse theory disconnected from experience. “Respect for facts and aptitude for exact observation”, he wrote, reside in the Nordic race. The spirit of the German enables him to observe things outside himself exactly as they are, without the inter­polation of his own ideas and wishes, and his body does not shrink from the effort which the investigation of nature demands of him. The German’s love of nature and his aptitude for natural science are based on this endowment. Thus it is understandable that natural science is overwhelmingly a creation of the Nordic–Germanic blood compo­nent of the Aryan peoples.

What Germany needs, then, is a truly German, “Aryan physics” (Deutsche Physik) that rejects the overly mathematical fabulations of relativistic physics in favor of a rigorously experimental approach.

In the end, Stark and Lenard lost in their attempts to get rid of relativity in German science. It's the fruitfullness of a theory that makes it preferable, and the fruitfullness of relativity was hard to deny. Deutsche Physik is a radical attempt to counter a break from traditional concepts. However, many ideological motivations in science are more subtle and with that science demands the close attention of philosophers. We'll take a look at more connections between politics and science in future posts.